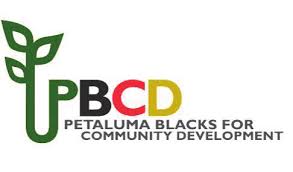 About 17 million people were transported against their will from Africa to North, Central and South America during the 16th century and up until the 19th century. Millions more died while being transported to the Americas. This mass deportation and resulting slavery are seen as one of the worst violations of human rights. Some experts believe that its effects are still felt in Africa’s economies.

Slavery was officially abolished in the United States on February 1, 1865. However, racial segregation continued throughout most of the following century and racism remains an important issue today. Hence, the International Day of Remembrance of the Victims of Slavery and the Transatlantic Slave Trade is an occasion to discuss the transatlantic slave trade’s causes, consequences and lessons. It is hoped that this will raise awareness of the dangers of racism and prejudice.

On December 17, 2007, the United Nations General Assembly designated March 25 as the International Day of Remembrance of the Victims of Slavery and the Transatlantic Slave Trade. It was first observed in 2008.

The theme reflects the global movement to end injustices whose roots lie in the slave trade. The theme highlights the importance of educating about the history of the transatlantic slave trade and slavery, to bring about an acknowledgment of slavery’s impact on the modern world, and action to address its long-lasting effects. The theme guides the Programme’s development of educational outreach and remembrance to mobilize action against prejudice, racism and injustice..

You can view the: Message of the Secretary-General of the United Nations for 2021. and explore events and films for your own observance of  International Day of Remembrance of the Victims of Slavery and the Transatlantic Slave Trade, here

The Transatlantic Slave Trade
The transatlantic slave trade was the largest forced migration in history, and undeniably one of the most inhumane. The extensive exodus of Africans spread to many areas of the world over a 400-year period and was unprecedented in the annals of recorded human history.

As a direct result of the transatlantic slave trade, the greatest movement of Africans was to the Americas — with 96 per cent of the captives from the African coasts arriving on cramped slave ships at ports in South America and the Caribbean Islands.

From 1501 to 1830, four Africans crossed the Atlantic for every one European, making the demographics of the Americas in that era more of an extension of the African diaspora than a European one.  The legacy of this migration is still evident today, with large populations of people of African descent living throughout the Americas.

The resolution also called for the establishment of an outreach programme to mobilize educational institutions, civil society and other organizations to inculcate in future generations the “causes, consequences and lessons of the transatlantic slave trade, and to communicate the dangers of racism and prejudice.