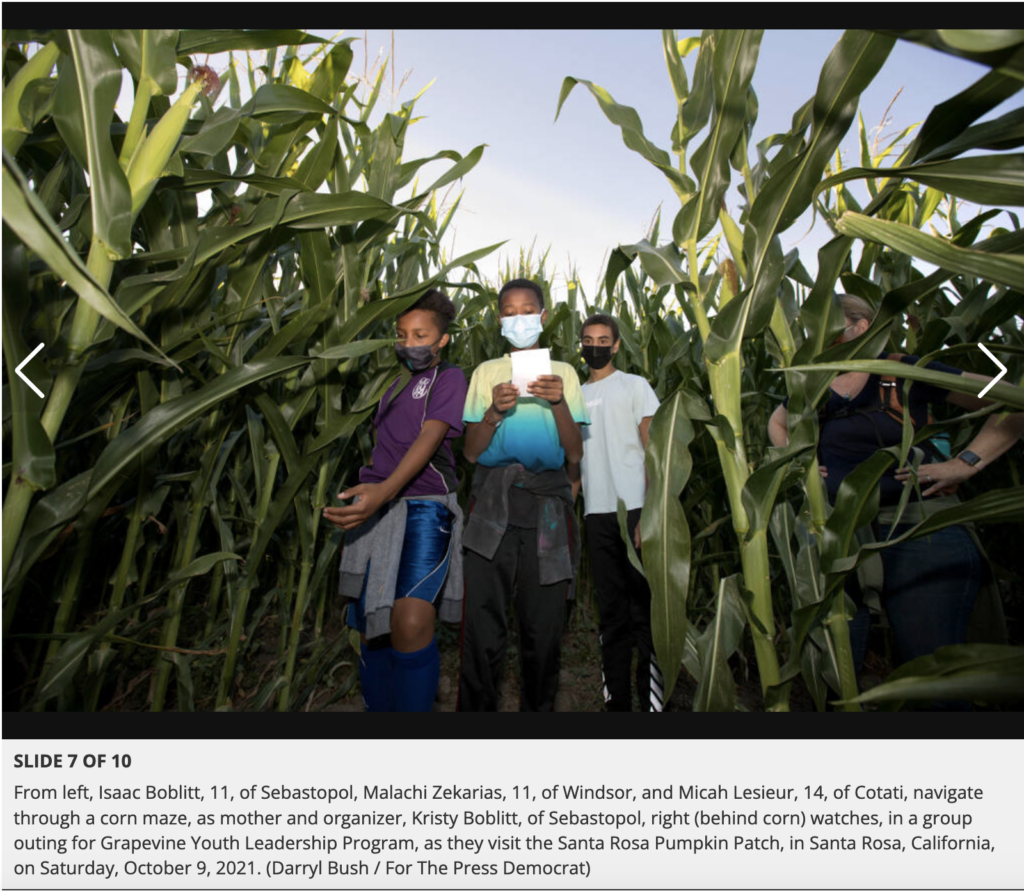 Layla Zekarias has lived in Windsor her whole life, though she hasn’t always felt like she belongs.

A Black teen who attends St. Rose Catholic School in Santa Rosa, Zekarias has experienced students touching her curly, tight-wound hair without her permission, she said.

When Zekarias and her classmates learn about slavery in school, some students make assumptions about how that period of American history impacted her family despite her parents being immigrants from Eritrea and the Caribbean island of Saint Croix, Zekarias said.

And while a science teacher on campus has tried to ensure students are well-versed in foods from Zekarias’ culture, there are still some classmates, she said, who sometimes raise their eyebrows at leftovers Zekarias brings for a meal.

“I don’t feel so different when teachers actually know about my dinner,” said Zekarias, who is 13.

The small size of the local Black community can feel alienating, making it difficult for young people who want to connect with peers outside of the home who share their social and cultural experiences, parents and community organizers said.

Finding examples of successful Black role models in the community can be just as challenging, they added.

To address those issues, the group Petaluma Blacks for Community Development — founded in 1978 by Black families looking to share their history and culture with the community, as well as provide support to one another — has launched a program to connect Sonoma County’s Black children and teens with each other and local Black leaders

A pilot of the project began in January with a dozen young people, ages 10 to 13, said Kristy Boblitt, who is one of the leadership program’s coordinators.

The program’s second phase, which has 16 members from a broader age range, some who participated in the pilot, launched late last month.

On Saturday, the new group gathered at the Santa Rosa Pumpkin Patch for its first in-person social gathering in the community.

“The idea is to have this as a scaffolding for our youth,” said Boblitt, whose daughter was among those at Saturday’s outing. “Our long-term goal is to get these kids feeling like they’re are strong, empowered individuals in our community.”

This year’s trial run of the program included virtual conversations with six local leaders who spoke about skills that helped them succeed.

The presentations ranged from the power of creativity and thinking outside the box, hosted by a Salesforce graphic designer, to how to fill out college applications and the college experience, which was presented by Marco Lindsey, UC Berkeley’s associate director of Diversity, Equity and Inclusion at the Haas School of Business, Boblitt said.

The group’s young members also completed a capstone project, a vision board, and created a series of poems and slideshows based on the theme of family as part of the Petaluma Blacks for Community Development’s virtual Black History Month program.

“They were on top of it, they really were engaged in what was going on,” said Faith Ross, the co-founder of Petaluma Blacks for Community Development.

The format used in the trial run of the program has been adopted for its second phase, which incorporates the discussions about college readiness and recognizing and addressing anxiety.